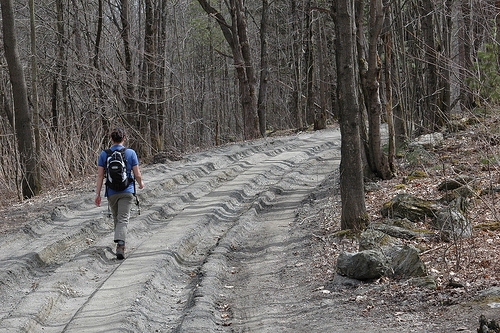 David Farland aka Dave Wolverton says that the top writing advice he’d give new writers is to pick your rut (here). In another interview he says, “So I wrote science fiction for about ten years. Every time that I’d started novel, I would feel like I still want to write that big fantasy. So I wrote one for my birthday and gave it to myself as a present, sent it to my publisher, and now they don’t want any science fiction from me. I’m a bestselling fantasy author. So I think you have to pick your rut that you want to get stuck in . . .” He was in each rut for 10 years.

When you publish a book, you’re creating a brand for yourself. Dan Wells, after publishing the trilogy I Am Not a Serial Killer, says that all his editors wanted from him were serial killer books. He broke free from that because he wanted his brand to be psychological books, not serial killing books. Brandon Sanderson, in the same WritingExcuses episode, says that this is exactly the reason he didn’t write a sequel to Elantris. He didn’t want to be know as the Elantris writer. He wanted to be known as an epic fantasy writer.

We’ve also seen this with J.K. Rowling, who can’t seem to make it beyond Harry Potter’s World. She’s published a different book. She even tried to publish a book under a pseudonym. But she can’t break free of Harry Potter (and is coming out with a new movie based on the Harry Potter world book Magical Beasts and Where to Find Them).

As an author just starting out, it’s very important to know what you want to write. It isn’t impossible to change genres. And it doesn’t mean that your first books will ever really get noticed. But it’s something to be aware of.

So the question is, what do you want to write for the next ten years. Or maybe for the rest of your life?